Greyhounds – The Fastest Dog On The Planet

Many people have experienced the thrill of watching a greyhound race. The sleek canines belting at full speed around a track, kicking up dirt and clouds of dust is something to behold. Many people however do not know that greyhounds are an ancient breed with a whole plethora of interesting facts and titbits that have been created throughout time.

We all associate cats with the ancient Egyptians, but did you know that greyhounds date back to their time as well? Many statues, paintings and reliefs depict the slender dogs in various poses, including sitting next to Pharaohs. Anubis, the Egyptian god of the dead is associated with greyhounds although he is also a jackal. When a person of noble birth died, their greyhounds were often interred with them, mummified in the same way that cats and crocodiles were.

Fastest Canine In The World.

We all know that greyhounds are fast, but were you aware that no other canine can touch them in terms of speed? Clocked up to 40 miles an hour, these dogs are beaten only by the thoroughbred racehorse and of course the king of speed, the cheetah.

Their blazing ability is thanks to they way that they are built. Long streamlined bodies with lengthy limbs allow them to take huge strides that make them more effective at covering ground. Their forearms are also longer than most other breeds of dogs that help with the ground covering pace. Another interesting fact is that greyhounds have all four legs off the ground twice in one stride as opposed to only once like most other animals.

Greyhounds Are Linked To Many Religions

Not only the ancient Egyptians revered these dogs, but also the ancient Greeks and the ancient Jews. Greyhounds are often depicted next to Diana, who is the ancient Greek goddess of the hunt. They are also one of the only dogs to be mentioned in the bible. In Proverbs 30, it states “There be three things which go well, yea, four are comely in going: a lion which is strongest among beasts, and turneth not away for any; a greyhound; and the goat also; and a king, against whom there is no rising up.”

Due to their body structure, which is better at full gallop or full stretch, greyhounds find sitting rather awkward. It is possible to train your greyhound to sit if you start early, but don’t expect an older dog to get the hang of it. They are more comfortable lying down or standing. 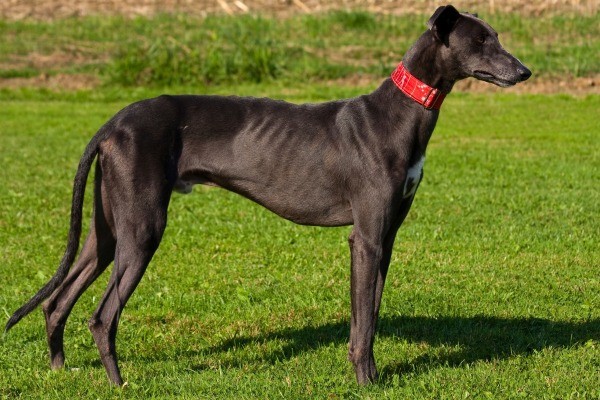 Many people wonder how good a greyhound is as a pet. After all, racing dogs spend the early parts of their lives in cages when not running, so don’t have much experience with small children and family environments. The truth is that greyhounds are amazing family dogs as well as being excellent animals to wager on when enjoying the sports betting NZ has to offer. They are loyal and gentle, and have been known to help children to learn to walk. They are notoriously well mannered and clean, so much so that one was even owned by an early president of the United States and lived in the Whitehouse with him.