Confidence is vital to succeed in a career like motor racing, and even people who aren’t superstitious have admitted to completing rituals that help calm them.

Some superstitions go beyond the predilection of specific drivers, and others have ended up becoming so prevalent that fans also follow the rules!

Perhaps you have a few of your own that you use to up your chances of seeing a win when you play Australian online pokies?

1. Getting Dressed for Success

Many people dress the same way on important days, or very close to it, without giving it a second thought. But certain motorsport professionals believe that the order in which they put their clothes on affects their prospects of success or failure!

Brian Scott says he picked the belief that the right-hand side of your body holds all the luck up from other drivers. Socks, boxers, pants, shirt sleeves, and gloves should all go on right-arm or right-leg first. Valentino Rossi also dresses in the exact same order before every race.

2. The Same Theme Each Morning

When you start your day off on a superstitious note it’s hard to shake it. Certain racers admit that a preset way of doing things carries them through their mornings, and they won’t, for example, shave on the day they’re competing if they’ve not done so on previous race-days.

Alex Wurz, a former professional racing driver from Austria, is famous for wearing mismatched shoes on racing day, but other drivers do it too.

Variations on this theme include wearing two different socks, and Stefano Modena took this one step further, driving with one glove turned inside out. 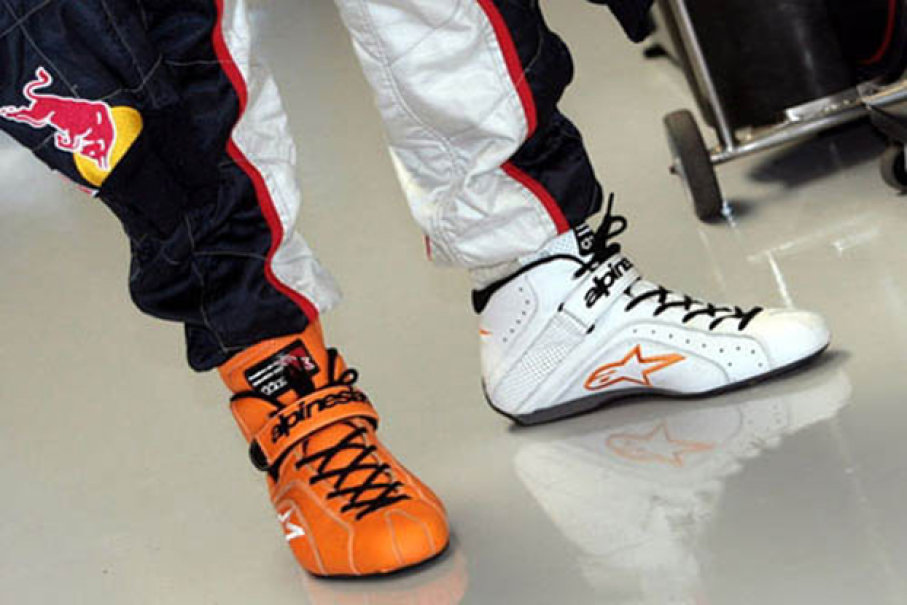 4. Good Luck Charms in the Vehicle

Many of us keep a good luck charm in our cars, even if we don’t specifically think of them that way. These kinds of adornments can be something as obvious a picture of St Romedio, the patron saint of accidents, taped to the dashboard, or something subtler, like a family photo tucked inside the glove compartment.

Lucky coins and keychains featuring a rabbit’s foot are other examples of this practice, and it makes sense, in a way. We spend lots of time in our cars, and accidents do happen, so tokens of significance can help ease our minds.

So how can we blame professional race drivers for doing the same thing?

Tazio Nuvolari, the Italian racing driver, had a tortoise pin that he wore as a lucky charm. While the pin itself may have been individual, the idea of concealing a type of talisman underneath your clothes is not.

The German Formula One driver for Scuderia Ferrari, Sebastian Vettel, is rumoured to tuck a lucky coin away somewhere on his person, and other drivers over the years have admitted they do a version of the same thing.

5. Talking to Your Vehicle

Some of us sweet-talk our rides into getting us home without breaking down, others urge their vehicles to go faster, and if your livelihood depended on your car, it makes sense that you’d chat to it every now and then!

Rossi is known for kneeling next to his bike before he gets on it and has said that he talks to his motorcycle in these last few moments, mentally preparing himself for what lies ahead.