While the F1 and Indy 500 tend to be the most popular vehicular races in the world, there are plenty of others that don’t get the same limelight. These are some of the weirdest and unusual races that can be found around the planet.

The Reliant Robin is a British 3-wheeled oddball best known for its flimsy fibreglass design and tipping habit, a function discussed in exhaustive detail during an infamous Top Gear episode. Then it follows that the most logical thing to do with these trikes is to get a whole bunch of them, gather together and put together a group of drivers lacking both the fear response and no qualms about falling over. The result is a no-holds-barred, full-contact motorized cage match that gives the impression to the audience that all drivers are trying to kill themselves and anyone around them. But like online eSports betting, the fun usually outweighs the risk.

The Mongol Rally is the most challenging entry on this list, measured purely in terms of race distance. The race path boggles the mind— London, England to Ulaanbaatar, Mongolia— a distance of nearly 10,000 miles. Participants race over one quarter of the circumference of the Earth and see a huge variety of natural views and urban landscapes, from rolling desert dunes to gritty Soviet architecture. Engine size is restricted to 1 litre, and vehicles must preferably be purchased for less than $300. The Adventurists, the UK-based race planners, have pointed out that it also forces drivers to interact with locals when their vehicles break down. 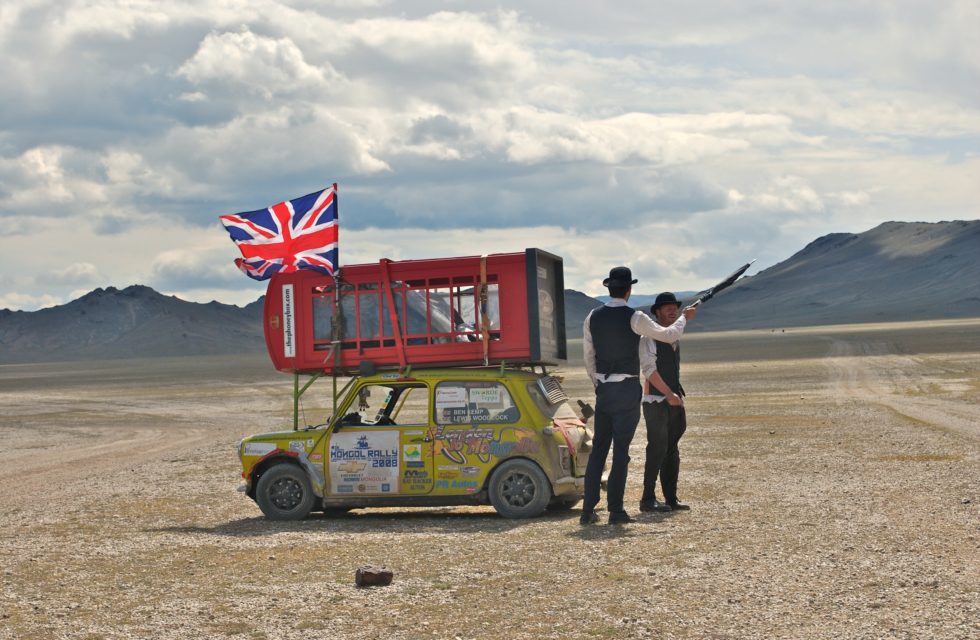 The Australian Postie Bike Grand Prix, a rare Australian phenomenon, places riders on the same Honda CT110 bikes, better known as the bike used by the postal service in the state. Power figures aren’t particularly impressive— the bike displays less than 8 horsepower, courtesy of a 4-stroke engine with 105 cc air-cooled. The competition kicked off in 2013 and promises incredibly close racing on closed urban circuits. Nonetheless, the competition is another relatively regional event— any prospective spectator would have to fly to Cessnock city in Australia’s New South Wales state.

An odd brew of light-hearted road tripping and hard-nosed, against – the-clock action, with a dash of survivalist experience sprinkled on top, the Rickshaw Challenge is an event held 5 times per year by the Travel Scientists, a travel and adventure organizer. The competition was first held in 2006 and challenges participants to drive distances often approaching 885 kilometres on what is basically a closed scooter that tops out at less than 65 KM per hour. Ironically, event planners were quite frank about the risks involved in engaging in the undertaking. While road maps, travel guides and cell phones are provided to racers, riders still have to adjust to unpredictable weather conditions and places that are completely disconnected from the rest of the world, all without being able to rely on a rescue service if things go wrong.