If the idea of participating in a standard 42km marathon puts fear into your heart, then these extreme endurance races are definitely not for you. The world’s most challenging races put the limits of human endurance to the test and have claimed everything from toenails to the lives of their participants.

Hiking through the Amazon Jungle presents many challenges, but the Jungle Ultra takes this to an extreme level. This ultramarathon sees participants race 230km through the depths of the Amazon rainforest in 100% humidity, across 70 rivers, from the Andes Mountains to the Madre de Dios River.

Known as the world’s most difficult cycle race, Race Across America is a 4828km bike race across 12 states, climbing over 15,544 vertical metres. If that wasn’t tough enough, participants have to complete the race within the 12-day time limit, which means averaging about 22 hours and 402-563km per day on their bicycles.

While the surroundings may be incredibly beautiful, the Dragon’s Back Race sees participants cross the mountainous spine of Wales from north to south (Dragon themed slots are also attracting casino players from Canada). The 5-day mountain race is 315km long with 15,500 metres of ascent across remote, trackless terrain. Depending on pace, runners are required to run for 8-18 hours a day to complete the race.

Even standard triathlons require expert level fitness, but the name of the Brutal Extreme Triathlon says it all – an 11.4km swim in the near-freezing Lake Padarn, a 540km bike ride across extremely challenging terrain, and finally a 126km run that sees participants race around the lake and up and down the tallest peak in Wales, Mount Snowdon.

Don’t let the name of this race fool you, the Plain 100 is anything but plain! Requiring participants to run 160km on foot across rocky trails and forest service roads through the Cascade Mountains in Washington, the Plain 100 offers no aid stations, no pacers, and no course markings – it’s just you and the trail. Just 100 people have finished the race since it first began some 30 years ago! 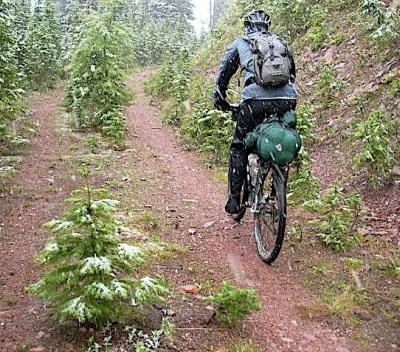 If cycling from Banff in Canada to New Mexico sounds enticing, then The Tour Divide is for you. However, you will have to cycle 4417km across high altitudes in extreme temperatures on unwelcoming terrain. Participants cycle approximately 170km per day and climb 60,960 metres throughout the race’s course. The race is also entirely self-supported so you have to pay your own way. Jeff Branham, the 2014 winner, stated that he spent approximately $1200 on food and he was being thrifty.

On average, 15 brave souls attempt this challenge each year and the Alaska Mountain Wilderness Classic claimed its first life in the 32-year history of the event, in 2014. A gruelling journey along 160km of untamed Alaskan wilderness, the race follows no exact route and no GPS permitted. Participants need to be well-acquainted in survival skills and carry a SAT phone amongst their possessions.